Social media sites have taken over our lives and it’s hard to imagine that 10 years ago there was no Facebook. Through social media, anyone online is empowered by an unrestricted flow of information to add to his/her knowledge. Social media has removed communication barriers vibrantly.

As media have the power to change the opinions of people, it can bring a great positive changes in society. Media have access to people and it provides a lot of strength. This strength can either be used constructively by educating the people or it can be used destructively by misleading innocent people.

Minimum age to open Twitter Facebook, Instagram, Snapchat accounts is 13. According to a study, it is found more than 50% of children in the world already used a Social network by the time they are 10!

As per a National Survey done by Australian Psychology Society (APS) it is found that more than three in four young people (78.8%) are highly involved with their mobile phones. Young people are reportedly using social media for an average of 3.3 hours or more each day. The survey also found 15% of teenagers reported being approached by strangers on a daily basis through their online world. 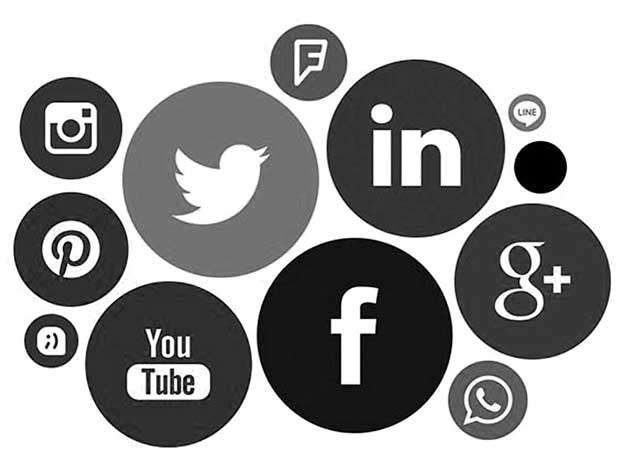 We have age restrictions on smoking, consuming alcohol, watching pornography etc. But we do not have age barriers on social media and smart phones usage.
The minimum age to open an account on Facebook, Twitter, Instagram, and Snapchat is 13. YouTube requires account holders to be 18. According to a study, it is found more than 50% of children in the world already used a Social network by the time they are 10!

Despite these clearly stated and published age restrictions, large and growing numbers of children 12 and under are using social media networks, often with or without their parents’ knowledge and consent.

A recent research has found that risk for depression jumps 27% when a teenager frequently uses social media. Also found that kids in America who uses social media for more than 3 hours a day more likely to homicidal? We can’t simply ignore this fact as we are one of the best in the world in Suicidal rate

The question is, in Sri Lanka do our parents have the knowledge to check these social media platforms, restrictions, etc. Educating parents regarding this matter is essential.

The time before these social media and smart devices, kids were doing physical activities, which is far better than using social media devices. There is another thing that these social media are happy to introduce younger children to an adult world without moral boundaries which leads to child depression.

A recent research has found that risk for depression jumps 27% when a teenager frequently uses social media. Also found that kids in America who use social media for more than 3 hours a day, are more likely to homicidal? We can’t simply ignore this fact as we are one of the best in the world in Suicidal rate.

A study found children who frequently use social media are more likely to lose soft skills, self-esteem, respect for others and creativity.

How smartphone light affects your body

Have you ever concerned about how our Internet service providers responsible to increase of night time data usage? Doesn’t it need to change? It’s high time to rethink.

Teach your kids to use Social media wisely

From a Sri Lankan point of view, educating parents about this social media platform, is much more likely to be a hard topic. However it has to be done sooner than later, as our younger generation getting used to it rapidly. Knowing how to navigate the online social networking world is crucial for parents and teens.

There is nothing wrong with Smart phones and Social Media, but it is the imbalance that matters!