The government decided to reduce the tariffs on imported rice with effect from midnight today (6) in a bid to ease difficulties faced by the people due to the severe drought condition prevailing in many parts of the country, .

After serious discussions held at the Finance Ministry yesterday, the Cabinet subcommittee on cost of living comprising Ministers Ravi Karunanayake, Sarath Amunugama, Mahinda Amaraweera, and Rishad Bathiudeen had arrived at this decision.

Accordingly, only the Special Commodity Levy (SCL) of Rs. 15 a kilogramme would be imposed on imported rice instead of the Customs Import Duty of Rs. 50 a kilo , 15 per cent Value Added Tax (VAT), 7.5 per cent Port and Airport Development Levy (PAL) and 2 percent Nation Building Tax (NBT) that had been levied so far.

However, these concessions would not be granted for Basmati rice importers. The new decision would be effect only for Samba, Nadu and Red Kekulu rice varieties.

A statement issued by the Department of Trade and Investment Policy said the Government had taken these measures to bring relief to the people who had already been affected by rice price hike in the market due to the prevailing dry weather condition. 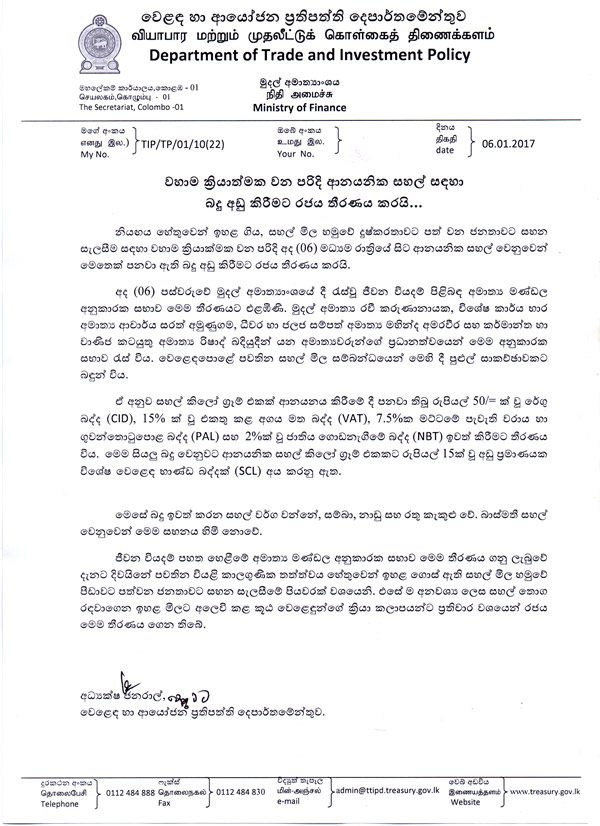