There is no intention of political revenge behind the Judicature Bill which is expected to be passed in Parliament today, Justice and Prison Reforms Minister Thalatha Atukorale said today.

She told a media conference the act would accelerate the judicial process which had slowed down during the past and cases would be heard on a daily basis, with powers being vested in the Chief Justice when appointing judges to the permanent High Court Trial-at-Bar.

“We have no intention of taking revenge, as what had happened during the previous regime, where people like Shirani Bandaranayake and Sarath Fonseka were victimized when they refused to act on the orders of political higher-ups,” the minister said.

“It is a known fact that the judicial process during the Rajapaksa regime was not autonomous and efficient, because of the excessive political influence on the judiciary. But now the Judiciary is acting independently, which is the reason to introduce such Acts, to boost and speed up the country's judiciary,” she said. (Sheain Fernandopulle) 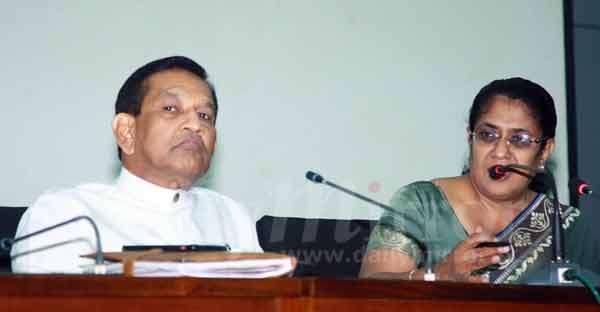