The Meteorology Department warned of thunderstorms accompanied by severe lightning and thunder in Western, Sabaragamuwa, Central, Southern, Uva and North-western provinces during the next six hours starting from 3.00 pm today.

It said temporarily strong gusty winds speeding up to 70-80 kmph were also expected during thundershowers.

“Never seek shelter under trees during a thunderstorm. Never go in the open areas like paddy fields, tea plantations and open water bodies,” it said.

It also warned people not to travel in open vehicles, such as bicycles, tractors and boats.(Thilanka Kankarathna) 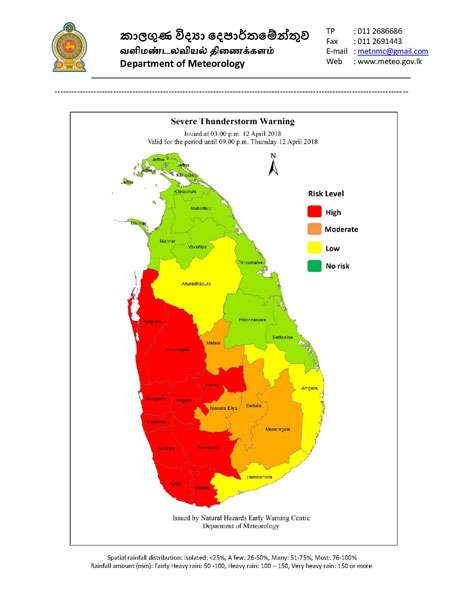