In 1988, not too long before the United National Party was to lose the five-sixths Parliamentary majority it enjoyed (and therefore more than the two-thirds required to amend the constitution, barring of course those which required in addition a referendum) courtesy the anti-democratic referendum of 1982 which too was marred by massive fraud, J.R. Jayewardene indulged in a classic piece of constitutional skullduggery: the 14th Amendment

In that instance, established procedure such as publishing in the gazette the draft amendment and placing it on the order paper were subverted. The draft of the Parliamentary Select Committee was dumped in the proverbial waste paper basket. JR sent a hand-written note to the then Chief Justice along with the version that he, JR, had drafted, requesting a comment on constitutionality. The CJ, for his part, sent it back with an ‘ok’ when in fact he should have tossed it out or, if he wanted to be polite, requested JR to follow the procedure.

The then Speaker, in his wisdom, picked JR’s amendment and certified it, ignoring the Select Committee approved 14th Amendment that was referred to the committee of the whole parliament that passed it. And that’s how we got the 14th Amendment which among other things allowed party leaders to bring through the National List those candidates rejected at the polls.

Almost thirty years later, we have the current Speaker doing pretty much the same thing, this time with the passage of a Bill titled Provincial Council Elections Amendment Bill after the 20th Amendment to the Constitution that was brought in to postpone the provincial council elections was rejected by the Supreme Court.

Unlike in Britain where the Queen is Sovereign, in the Republic of Sri Lanka, sovereignty is in the people

The Provincial Council Elections Amendment Bill published in the gazette did not contain violative provisions and hence it was not challenged by the concerned citizens. But at the committee stage the Bill published in the Gazette was completely abandoned and a whole lot of amendments were brought in to the provincial council election law at the committee stage effectively postponing the provincial council elections, completely disregarding the parliamentary standing orders and the relevant provisions of the Constitution (Article 78) denying the citizens any right to challenge them.

The law enacted by fraudulent means was challenged in the Supreme Court by former Chief Justice Sarath N Silva and by public interest lawyer and 2020 Presidential Candidate Nagananda Kodituwakku. 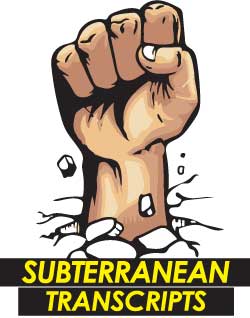 Even a cursory reading of the relevant standing orders (50-53) would indicate that the Speaker is in violation of the Constitution. In particular, Standing Order 52 and 53 expressly state that the Bill has to be submitted to a Committee either nominated by the Speaker or else is a Standing Committee.

Interestingly, Sanjay Rajaratnam, appearing on behalf of the Attorney General, has claimed, citing Article 80 (Once the Speaker certifies a bill, the Supreme Court has no jurisdiction) and Article 124 (which speaks to limitations of the Supreme Court with respect to the validity of bills and legislative process), that the Speaker was not out of order.

However, it is strange that the Attorney General appears to be ignorant of a case law (landmark case, ‘Land Reform Commission Vs Grand Central of 1981), as detailed in the relevant Sri Lanka Law Report p148), which speaks to the role of the Attorney General.

Article 77 details the Attorney General’s responsibilities with regard to published bills. Note, Article 77(2) : “If the Attorney-General is of the opinion that a Bill contravenes any of the requirements of paragraphs (1) and (2) of Article 82 or that any provision in a Bill cannot be validly passed except by the special majority prescribed by the Constitution, he shall communicate such opinion to the President: Provided that in the case of an amendment proposed to a Bill in Parliament, the Attorney-General shall communicate his opinion to the Speaker at the stage when the Bill is ready to be put to Parliament for its acceptance.”

But what does Article 82 (1 and 2) say? They refer to the amendment or repeal of the Constitution and read as follows:

The version submitted at the 3rd Reading, as Kodituwakku points out, was not on the Order Paper. It was incumbent on the part of the Attorney General, as per responsibilities detailed above with respect to the people, to point all this out at the relevant stage of the process. In other words, the Attorney General could have insisted that the procedure adopted at the third reading was out of order.

Since Article 78(2) clearly states that “The passing of a Bill or a resolution by Parliament shall be in accordance with the Constitution and the Standing Orders of Parliament.” This safeguard has been subverted in this process. Instead, the Attorney General comes out to defend an act by the Speaker, which the Attorney General appears to have sanctioned either illegally (that is deceitfully) or through negligence.

The Court has not ruled and let’s not be presumptuous about ruling. However, if the Attorney General’s point stands, what it means is that a dangerous precedent has been created whereby judicial review of proposed legislation is disallowed  ab initio.

What this means is that we can have a situation where any bill that subverts the sovereignty of the people can be passed by a Parliament made quiescent by party loyalty and other constitutional devices such as the likelihood of expulsion with the obviously dire consequences, simply because the Attorney General can look the other way and the Court could be silenced by the principle of precedent.

What then of sovereignty, one must ask. The only option is to demand empowering the judiciary with judicial review of any legislation that is inconsistent with the rule of law and the Constitution.