Sri Lanka’s lubricant industry market leader Chevron Lubricants Lanka Plc yesterday stressed it believed it was hopeless to attempt to liberalise the market without setting out a comprehensive policy document to regulate the sector beforehand.

“I really don’t understand the rationale in trying to open up the market without having the proper mechanism to regulate the market,” Chevron Lubricants Lanka Plc CEO Kishu Gomes said, speaking at a public consultation on the draft regulatory tools related to the quality and price of lubricants organised by the Public Utilities Commission of Sri Lanka (PUCSL) at the BMICH yesterday.

He said the objective of a public consultation should be to discuss the safeguarding of those engaged and benefitting from the industry as well as to come up with suggestions covering the entire spectrum, rather than just limiting things to price and quality measures, to set out a policy framework for the development of the lubricant market in Sri Lanka.

Noting that the PUCSL was a shadow regulator of the lubricant industry, he suggested that full power needed to be vested with the commission and not with the Petroleum Resources Development Ministry.

“Currently the PUCSL is just a shadow regulator and only the ministry has the authority to take legal action. Therefore, we must first give full powers to the commission to be accountable for the lubricant market. Allowing the ministry to have authority is also leading to a conflict of interest as the Ceylon Petroleum Cooperation (CPC) comes under the purview of it,” he explained.

The lubricant market in Sri Lanka is regulated primarily under the Ceylon Petroleum Corporation Act No. 28 of 1961 by the Ministry of Petroleum Resources Development with the advice and assistance of the PUCSL.

Given the slow growth and market expansion in the trade, he strongly objected to the issuance of a licence to new entrants, insisting that Sri Lanka already had a competitive market.

“Sri Lanka’s average market prices are better than most of the regional players and the consumers have access to a steady supply of a top quality, branded range of products from the world’s best manufacturers. We are a very competitive market already and I don’t see any need to invite more players to add complexity to the system,” he added.

At present, there are 13 market players and 22 authorised lubricant brands in the country. These players sold 65 kilolitres of lubricant in 2017, which Gomes believes could grow up to about 85 kilolitres.

According to him, out of the 65 kilolitres in the market around 20 % are from lubricant adulterators, while 10% are engaged in unauthorised importation.

“I have personally reported about 30 cases to the relevant authorities via letters, visuals of adulterated products in the marketplace, addresses, but unfortunately the regulators have not taken any action to raid these places,” he stressed.

Gomes said anyone who was violating the existing rules and regulations would get a maximum penalty of about Rs. 1,000 or Rs. 2,000. Therefore he noted that he had doubts about the progress of the sector without having the fundamental guidelines in place.

It was also pointed out that around Rs. 300 million in revenue was collected by these 13 players annually as licence fees from the Government. In addition, he said from his company alone the Government coffers got over Rs. 3 billion as taxes and duties on an annual basis.

Gomes outlined that brake fluid, coolants, various types of greases and power steering oil were not being regulated by the commission at present, urging the PUCSL to address these loopholes prevailing in the industry before opening up the market.

Pointing out that Sri Lanka still did not have an independent lab facility to detect the standards and quality of raw materials and finished goods, he asked how the commission was planning to regulate the market.

“There is a clear need for an independent lab facility at least for the Customs Department officials to randomly check on the products that are in the marketplace. I don’t know how the PUCSL thought it could be regulated when there was no mechanism in place,” he added.

He also noted that two filling station companies are blocking around 30% of the licenced lubricant players in the marketplace.

“Around 70% of the lubricant market is limited to 10 licence-holders, which is very unreasonable. Two major players are only selling their lubricant products, which needs to be addressed in the immediate future.”

PUCSL to finalise regulatory framework on lubricants market by June 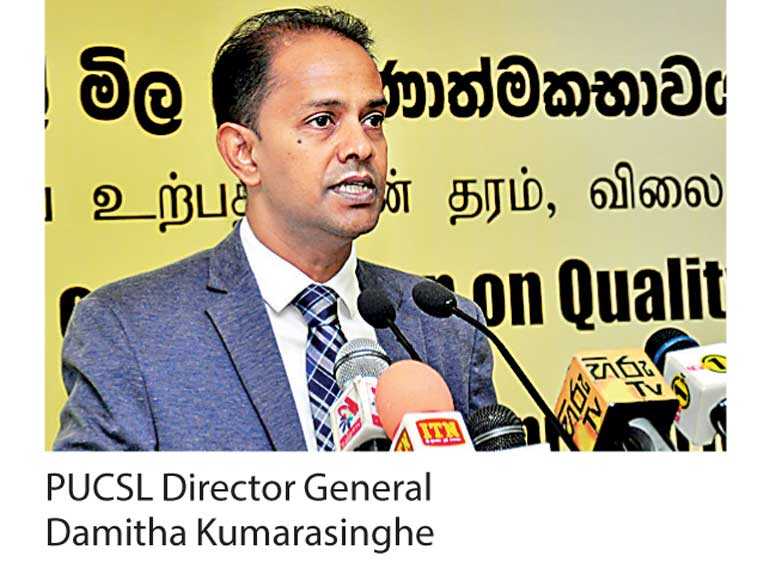 Over 300 participated in public consultation, 37 members of the public, industrialists, manufacturers, officials and experts express views on proposed mechanisms

The PUCSL, the regulator of the lubricant industry, yesterday said that it would finalise the policy and regulatory framework on the lubricants market by the end of June, a top official said.

It was pointed out that the commission was ready to prepare regulatory tools addressing issues with regard to the price and quality of lubricants in the country.

The PUCSL proposed a mechanism to investigate and prosecute those dealing in adulterated lubricants, guidelines for re-refining used lubricants and guidelines to be strictly followed by relevant agencies such as the Import and Export Control Department, Sri Lanka Customs and market participants with regard to the importation of unauthorised lubricants.

Taking into consideration the local value addition and investment by local blenders in addressing the price differences between imported and locally produced lubricants, the PUCSL has suggested to revise the duty structure.

“PUCSL will revisit the proposed measures, taking the views of all the stakeholders present today into consideration and making necessary amendments or drafting more tools to address the issues and make recommendations to the Petroleum Resources Development Ministry by end-June this year,” Kumarasinghe said.

The public consultation process, which was opened for written submissions in March, yesterday saw more than 300 people participating in the discussion while 37 members of the public, industrialists, manufacturers, officials and experts expressed their views on the proposed mechanisms.

Acknowledging that the market was liberalised at present, he agreed that authorisation was required to import, export, blend, produce, distribute, supply or sell lubricants in the country.

“The necessity of having an effective and independent mechanism for ensuring product quality, fair prices, protecting the interests of consumers and market players have arisen. Hence, PUCSL decided to hold a public consultation on issues related to the same with a view to advising the Government on remedial measures,” Kumarasinghe added.

Sri Lanka has 13 market players and 22 authorised lubricant brands. The lubricant market comprises lubricants and greases derived from mineral oil or synthesised from chemical compounds for automotive, industrial and marine applications. It is regulated primarily under the Ceylon Petroleum Corporation Act No. 28 of 1961 by the Ministry of Petroleum Resources Development with the advice and assistance of the PUCSL.