President Maithripala Sirisena said spiritual leaders were the real messengers who reached the hearts of people and strengthened reconciliation efforts.

The President noted reconciliation was called for in the Thripitaka, Bible, Quran and Bhagavad-Gita.  He stated that Buddhist, Hindu, Muslim and Christian clergy were expected to convey these precepts.

President Sirisena was speaking at the ‘Erabadu Vasantham’ cultural program dedicated to fostering ethnic and religious reconciliation. The event was held at Singakkuliya, Dankotuwa on 9 April. A program was also organised to remember the late Rev. Fr. Marcelline Jayakody.

President Sirisena added that Sri Lanka from ancient times had been founded on peace and reconciliation between the country’s different communities. He said Sri Lanka should come together as a strong human wall while consolidating peace and harmony between different ethnic communities.

Sirisena also explained that although some elements were trying to insult the term reconciliation, Sri Lanka’s future would only be fruitful if the term was given true meaning and realistically implemented in society.

The President also commended the service of legendary artiste Rev. Fr. Jayakody, who won over the hearts of people from all walks of life in Sri Lanka. 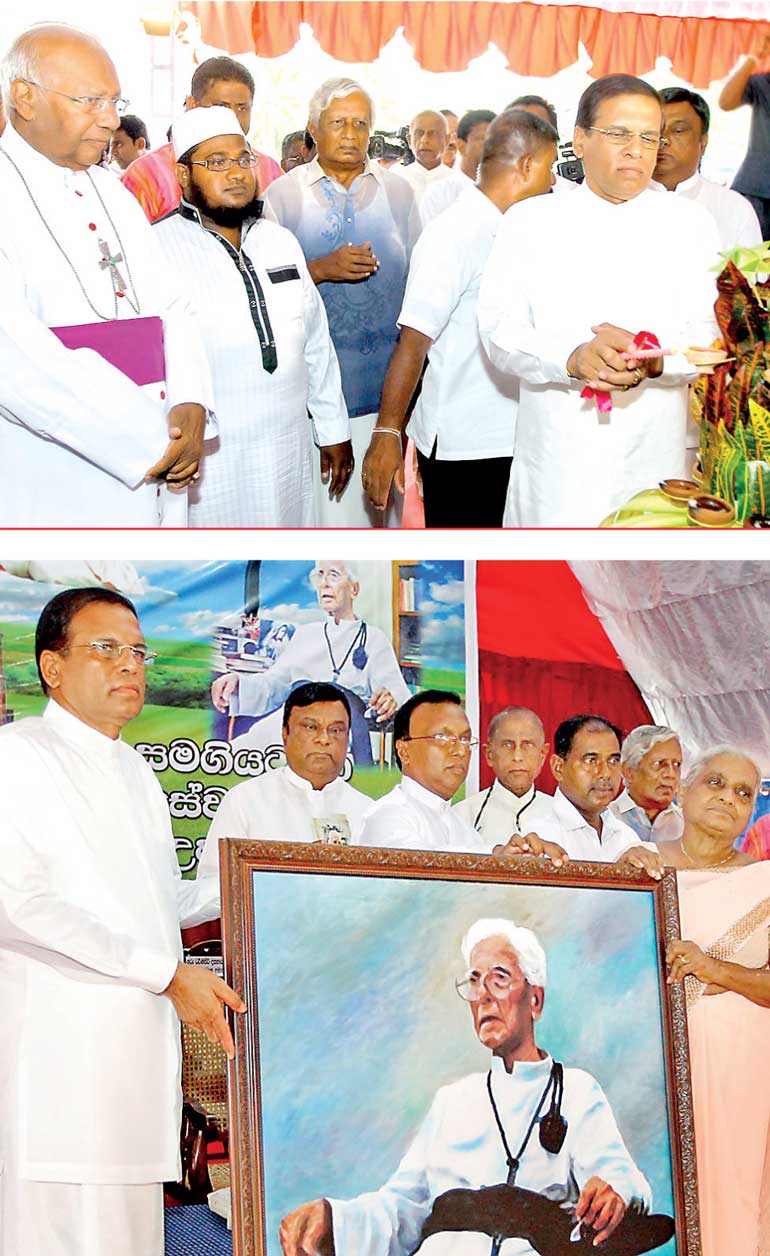