Central Bank yesterday decided to keep policy rates unchanged to hold inflation steady following the implementation of a transparent fuel pricing formula by the Government on Thursday (10 May) and price increases on milk powder and LPG, leading to a strain on cost of living.

The Board’s decision aims at stabilising inflation in mid-single digit levels in the medium term, thereby contributing to a favourable growth outlook for the Sri Lankan economy, the Central Bank said in its policy announcement.

“Headline inflation, based on the Colombo Consumer Price Index (CCPI) and the National Consumer Price Index (NCPI), continued to decelerate to reach low single digit levels, as volatile food prices declined due to favourable domestic supply conditions. Meanwhile, core inflation remained subdued indicating contained demand pressures, while inflation expectations continued to decline. However, a temporary uptick in inflation is expected in the short-term due to the impact of upward price revisions to domestic petroleum products, LP gas and milk powder,” it said.

“Nevertheless, with the dissipation of these transitory supply-driven price pressures and further improvements in domestic food supplies, inflation is expected to stabilise in the desired mid-single digits in the second half of 2018. Inflation is projected to remain within the 4%-6% target range over the medium term.”

After the sub-par growth performance of 3.1% in 2017, a moderate recovery in the Sri Lankan economy is foreseen in 2018 owing to strengthening global economic activity and improving domestic conditions. Forward-looking indicators suggest an improvement in the economic performance on the back of the modest recovery in the Agriculture sector, and continued positive momentum in the Industry and Services sectors.

“While the continuation of fiscal consolidation efforts may somewhat dampen growth prospects, the macroeconomic benefits that the economy is to derive from fiscal discipline will ensure sustained growth over the medium term. Alongside the implementation of envisaged structural reforms and the receipt of expected inflows of foreign investment, a conducive low inflation environment and a competitive exchange rate are expected to enable the economy to attain its potential over the medium term. “ The Central Bank went onto say that, responding to the policy rate adjustment in April 2018, overnight interest rates have declined to stabilise around the midpoint of the narrower policy rate corridor. In line with the decline in short-term interest rates, other market interest rates, particularly interest rates on lending, are also expected to adjust downwards in the period ahead.

“The growth of credit extended to the private sector by commercial banks hovered around the envisaged levels although a high seasonal credit demand was witnessed in March. Based on the data up to end March, private sector credit appears to have been fairly distributed across all major sectors of the economy. As a result of the festive season-led credit expansion, broad money growth increased marginally in March. However, broad money growth is expected to stabilise at around 15% by end 2018.”

Exports have maintained the positive momentum with export earnings growing during the first two months of 2018. However, this was outweighed by the increase in import expenditure, largely driven by gold and vehicle imports, which resulted in a widening of the trade deficit. The imposition of the Customs duty on gold imports is expected to help narrow the trade deficit to some extent.

Earnings from tourism and workers’ remittances continued their growth performance so far during the year.

On account of tightening global financial conditions, the rupee denominated Government securities market experienced a net outflow while the Colombo Stock Exchange (CSE) attracted net inflows so far during the year. Amidst these developments, the Central Bank recorded a net foreign exchange absorption of $458.5 million from the domestic market in 2018 up to end April. With the successful issuance of the International Sovereign Bond (ISB) in April and foreign exchange purchases by the Central Bank from the domestic market, the gross official reserve position had improved to $9.9 billion by end April, the record highest level in history.

So far during the year, the exchange rate had depreciated against the dollar by 3.1%. Much of this depreciation came in late April and early May, reflecting the dollar’s broad-based strengthening in global markets. The Central Bank intervened in the domestic foreign exchange market to mitigate excessive volatility in the exchange rate, and the rupee has shown signs of stabilisation. 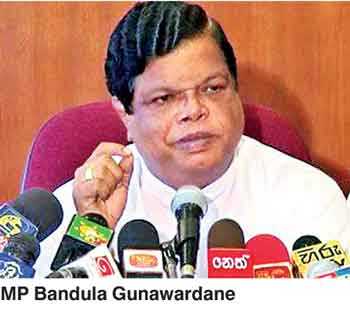 The delay in presenting the Central Bank Annual Report 2017 to Parliament was brought to the Speaker’s attention yesterday with Opposition lawmakers insisting that its public release before Parliament was unconstitutional.

“Almost a week ago, the Minister of Finance held a press conference and gave out the annual report of the Central Bank. According to the Monetary Law Act, the report has to be tabled in the Parliament before being released to any other party. I request the Central Bank to submit the reports to the Parliament soon after it is presented to the Minister of Finance,” complained Joint Opposition lawmaker Bandula Gunawardane. Speaker Karu Jayasuriya instructed the Chief Government Whip to attend to the matter.