Finance Minister Ravi Karunanayake made surprise visits to several supermarkets in Colombo on Sunday evening (9 April) to ascertain whether standard commodity prices are maintained in the market. The minister who also engaged in close conversations with consumers enquired about commodity prices. Many consumer goods were sold at ordinary prices, however, it was revealed that certain super marketers are selling some goods such as canned fish, sprats and powdered milk at different prices. The minister immediately complained such incidents to the Consumer Affairs Authority.

Later, Minister Karunanayake met the media personnel around him and expressed his views in this manner:

“We engaged in a similar surprise visit to Colombo wholesale market recently and, enquired about prices of consumer goods in the market. Later we worked out how much should be the price of each item when it reaches the retail outlets. During this visit, we came to know that not only the ordinary retail shops but also supermarkets sell goods at lower prices.

There were irregularities in some places. We complained such places to the consumer Affairs Authority. Price differences were observed in powered milk and specially sprats, though price of sprats is already controlled.

We have decided to provide a relief sack of essential items to our consumers with effect from tomorrow. This sack of 10 items of commodities worth Rs. 1,515 will be provided at Rs. 975 under this program to provide relief to the people during New Year. This relief sack will be available until 20 April. Potatoes, big onion, rice, sprats, sugar, canned fish, chopped chillies, gram and powdered milk are included in this New Year relief package. One million sacks of relief goods will be distributed throughout the country and it costs Rs. 540 million. The Finance Ministry will bear this cost for the people. 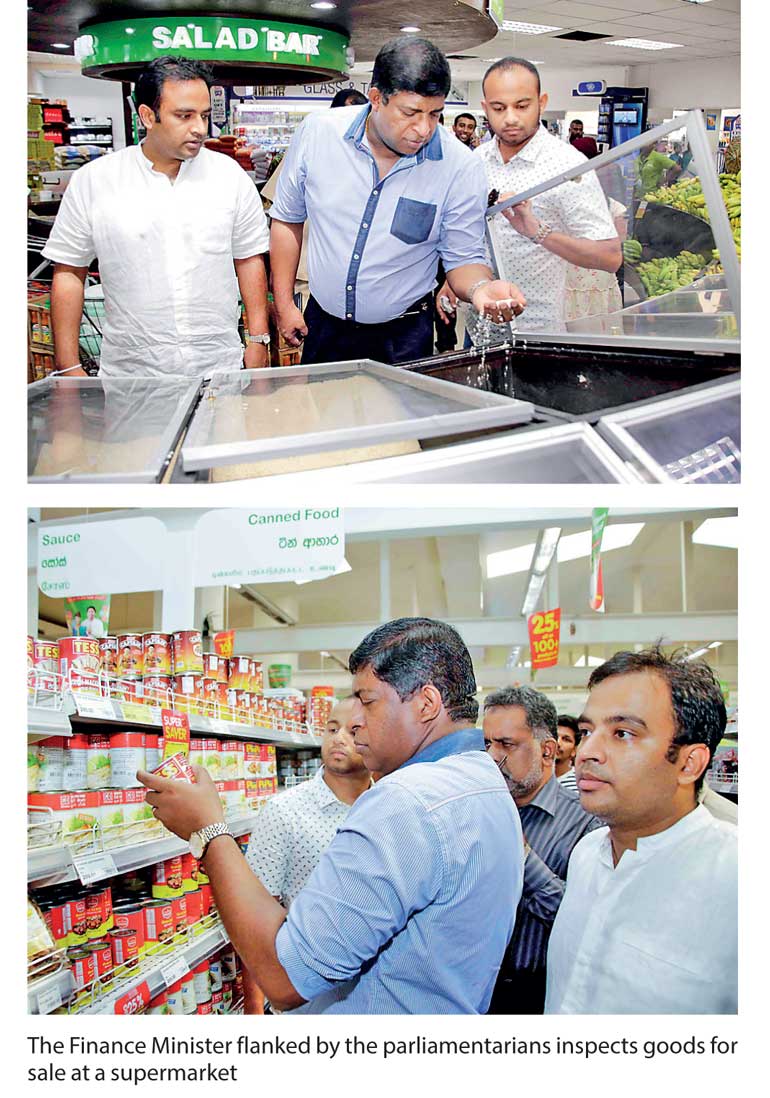